There’s a special garden here to mark the final resting place of my childhood horse named Shane. He came into my life when I was nine years old and stayed in it for about 36 years. During that time, he taught me just about everything I needed to know about horses. Most importantly, he showed me how to be brave and listen when he had something to communicate.

Shane was always keen on people,

though he was not very well trained when I first got him. In fact, he didn’t know anything and I didn’t know anything, so it’s amazing I didn’t get hurt. He was always frisky and fun; I did get bucked off a few times. Once during a lesson where we were doing three-foot jumps, as soon as he landed following the last jump, he decided to buck even before all his feet hit the ground. Of course, I fell off. To my amazement he completed another few jumps without me. It felt like this was his way of saying, “Don’t think you’re the one in charge here. It’s all me.” at the farm to mark the final resting place of my childhood horse named Shane. He came into my life when I was nine years old and stayed in it for about 36 years. During that time, he taught me just about everything I needed to know about horses. Most importantly, he showed me how to be brave and listen when he had something to communicate.

Years later I competed with him and entered the preliminary level three-day event championship at the Kentucky Horse Park. There was one fence in particular that even the Olympic-level riders had trouble with that year. Not Shane; he was a jumping machine. My coach had me so worried about clearing that one particular jump, and Shane knew it. What does he do as soon as he lands? He bucks. I didn’t fall that time, because I was a much better rider, it was like he was telling me “Hey, I’m still in charge.”

As Shane grew older, I started teaching lessons on him. He always knew what to give the rider, and he reacted to the rider’s needs. If I led a little kid around on him, Shane would walk like he was on egg shells. If the rider was kind of cocky, he’d give them a little buck or take off too fast – nothing terrible, but just enough to clarify who was in control.

Shane retired due to many of the same issues people deal with in old age. He had about three years of full retirement, at which time we used him for grooming and for teaching the kids how to lead horses around the barn. In fact, I used to leave him loose because of the way the barn and paddock is all fenced in. He was able to wander around and see what was going on and visit with folks when they came to the barn. As a youngster, he’d let himself and others out of the stalls. On many occasions, my little Houdini would just pick up a gallop and clear the pasture fence to go for a run!

The only things that really unsettled Shane were fireworks, guns, and cameras. One time a little girl was riding him at a show ring just as guns started going off nearby. His eyes got big as saucers, so I decided to help the girl off. Shane just nudged me really hard to insist they continue. It was his way of telling me he was scared, but they’d be okay. The other horse we brought couldn’t deal with the noise, so Shane ended up carrying all the riders at the show that day. It was incredible. He was one cool horse. 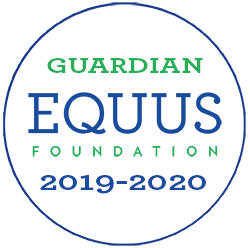