“Horses never understand goodbye. They never whinny when you leave, unless they are still hungry, but most of them will say hello. We decided, as a family, that the best way to embrace and share the memory of our 2 beautiful Morgan horses was to give a memorial fund in their honor to the Shane Center. Here was an amazing opportunity for my great horses to say, “hello” to many new riders and to possibly spread that same sense of freedom I once felt. We are honored to give this donation to help such a wonderful organization.” Owner of Baron & Ashley

When I was a teen, I started giving riding lessons as part of my United States Pony Club rating and to help fund my growing horse habit. Like many horse crazy teens, I had Olympic dreams, buckets full of passion, bits of luck, and some God-given talent. I was also blessed to have parents who supported me, great mentors, and a very talented “rags to riches” horse named “Shane”.

One faithful day, my path crossed with a young girl who was extremely outgoing, outspoken, funny, genuine, and who never stopped smiling. Although I was hired to give her riding lessons and help her train her pony, we became good friends along the way. This girl was physically different from my other friends and students, but I really didn’t notice and I never looked at her differently.  I treated her like I treat all my students–as a friend. Inside me burned the desire and passion to make the best better along with that 4-h pledge to greater loyalty, larger service, better living for my club, my county, my community, and my world. If my dreams contained Olympic Rings, then everyone else’s should too.

When my friend would complain that one leg was weaker than the other, and sometimes her hip ached, I had compassion and let her take as many rest breaks as needed. I insisted we just build up that leg by riding without stirrups and do twice as many leg yields. I was always brought up with the theory “what doesn’t kill you makes you stronger”.

At one point in our time growing up together, I even allowed her to have my beloved Shane for a few years while I was in college because she needed a pony club mount…fast forward to college, weddings, children, and life. Sometimes we stayed in touch and although distance keeps us apart, I have gotten to know her beautiful children and husband. They are considered family now. Little did I know how blessed I would personally be by their friendship and how at a time of great need, The Shane Center would be given a gift of love. This gift not only helps make it possible for dreams to come true, but also memorializes Baron and Ashley, the beloved equine members of the family.
From Baron and Ashley’s Owner: Baron and Ashley Memorial Fund…A great way to keep saying “Hello!!”
Baron and Ashley were more than stablemates. They were my connection to healing, a sense of freedom, and instant friendship. They were more than horses, because I had both of them since I was in high school–they were family. They saw me grow a family of my own. They were both around for the birth of my children and saw me through some health issues of my own. I have never quite figured out how to say goodbye to them because all they ever truly understood was hello.

Baron was a 16.2 hand Morgan horse. He was deep bronze color
in the summertime with a white crooked blaze down his nose. My parents allowed me to breed his mama to a solid black Morgan stallion. She was a liver chestnut. I thought for sure I would have a black horse. Instead I saw a beautiful copper baby.  His antics were legendary. His favorite game when he was a colt was to play tag with my white German Shepherd. She’d charge up to him, pull on his tail, or nip his heel and he’d turn around and chase her. His nose would brush her back end, he’d squeal with delight, spin on his haunches and the chase was continued.
He was the embodiment of orneriness but he was also a nervous wreck without something familiar from home with him. We started showing him at 4 years old. His first show he plowed over the top of the stall and screamed until I came to him. He then buried his head in my arm pit and relaxed. He soon had a companion goat that followed us everywhere. The problem was the goat didn’t stay in the stall with him very well. When she crawled underneath his door to explore the area he threw a fit.  Needless to say, he drove most people crazy in his younger years, but he grew up…a little. We did a few 3 day events at the novice level before I went to college. I was lucky my parents were able to keep my babies while I went to school. Every time I would come home for a visit, he was one of the first to whinny a hello.

Ashley was a dark bay in the summer time and almost black in the winter time. We bought her at a Morgan horse auction. She had some bad habits and inexperience that we had to work through. Once she settled in, Ashley was the “Boss”. If things needed to be taken care of, she did it. No stray dogs were allowed in her field, and kittens were meant for dunking in water troughs. She loved to be scratched and loved on but disliked having to wait her turn.

Ashley scared people when you said this is the horse you will ride. I always had to put her on a long line and let her buck, kick, and squeal. Once she got it out of her system, she was almost lazy under saddle. Watching her on a long line, not to many believed me. She was green broke and only a few would ride her.

She loved to test our electric fences. She was the bull whip and Baron was the battering ram. If he touched the fence and it sparked she was content to leave it alone. My neighbor across the way, watched her spend an entire afternoon running Baron at different sections of fence, until Baron finally found the weakness. My neighbor found it quite entertaining. He then came over, put the “escapees” in the barn, and fixed the fence. He said it was a great day.

I was born with a hip that never grew properly. My horses gave me a sense of normalcy. I showed, I cleaned stalls, and I had for a time, the ability to be free from a physical problem that detracted from the person I was. My horses taught me how to laugh, how to push through the hard stuff, and how to accept life with all its flaws. In 2006 I had a total hip replacement. I remember, arriving home from the rehab center and seeing my babies in the field. To the horror of my physical therapist, I had my husband help me move my awkward walker through the uneven terrain and to the barn. I was exhausted when I got there but ecstatic to say hello. It took several rest stops through the uneven ground to get back to the house, but that visit made me more determined to get stronger. 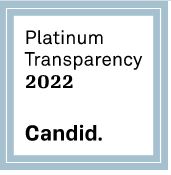